About the Life Coach Minister Program

After serving at local churches and church plants within the Christian Reformed denomination for over 40 years, Rev. Elzinga was appointed for the role of Life Coach Minister Dean.

Life Coaching Teaching: Professor of several of the Life Coaching courses at the Christian Leaders Institute, plus other 1 credit courses on Coaching Specializations.

Steve is married to Marie, who is an accomplished musician and singer. She has led music and worship programs in several churches. She serves with Steve in spreading the Life Coach Minister movement. They have four children and seven grandchildren.

What is a Life Coach Minister? The “life coach” role became a “thing” in the 1980s. Before the 1980s, coaching was thought of informally as mentoring, advising, and encouraging. Network marketing companies such as Amway, created sponsoring relationships. They functioned best when the principles of coaching motivated people to be successful business owners.

There are various pioneers in the life coaching field. From the network marketing sector of society, the late Richard M. DeVos (1926-2018) stood as a towering figure. By the time of his death, he helped millions of people become leaders. His approach was not just building their businesses but their lives as well.

Rich DeVos impressed two young pastors in 1993. These pastors, Henry Reyenga and Steve Elzinga planted successful churches in the late 1980s. They were hungry for more mentorship in leadership training, especially as it applied to reproducible ministry. 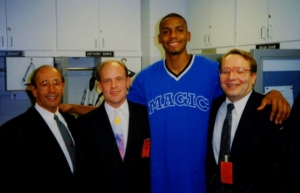 Rich DeVos agreed to mentor them, starting in 1993, in reproducible leadership principles. They became the principles of what today is known as life coach training and practice. Their focus was on Christian ministry leaders.

At that dinner, Rich commended Henry and Steve as creating reproducible leadership everywhere. He told them, “Our leadership mentoring is over; you both did it. I’m proud of you, boys!” The spark was lit to share these insights with future generations of Christian leaders. Henry and Steve began praying and dreaming about what an ordained life coach ministry program could be. 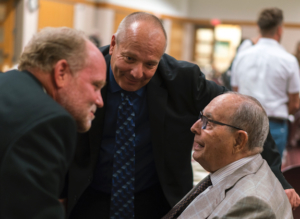 After the death of Rich DeVos on September 6, 2018, the board of Christian Leaders NFP decided to launch an ordained Life Coach Minister program.

The board of directors asked Henry and Steve to share their 25 years of mentorship from Rich DeVos. They were also to develop an Ordained Life Coaching Ministry program to serve our graduates throughout the world. Therefore, lifecoachminister.com was launched to offer certification and ordination for those who wanted it.