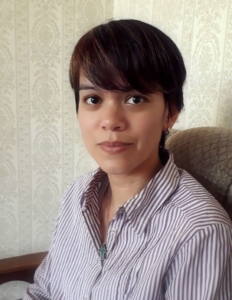 My name is Janet Giessl, and I am in the free Life Coaching Program at the Christian Leaders Institute (Learn more about online Bible classes, Click Here). I’m a teacher, author, and artist. I’m happily married and have two children. Our children, my husband, and I are currently residing in my husband’s home country Georgia (Caucasus region).

My Faith Journey in Childhood/Adolescence

My faith journey is quite a roller coaster ride. I grew up as a Catholic since my parents were both Catholics. Until I became an adolescent, I practiced the Catholic belief and been active in the Catholic Church. When I was about 13 or 14, I was introduced to the Protestant belief by my best friend, and I was totally astonished by the differences between both denominations.

My Faith Journey as an Adult

Then a time of withdrawing from both churches followed for many years. I only attended church occasionally, and I didn’t read the Bible. Although I believed in God and Jesus Christ, I had no relationship with God. I was not walking with God.

My Two-Year Experience with New Age/Occultism

However, being a lukewarm Christian left me unsatisfied and grew a hunger to find the truth. Since I wasn’t saved back then, Satan took advantage of my hunger to lead me on a dangerous and wrong path. For two years starting in 2017, I dabbled in the New Age movement and occult practices like astrology, tarot, yoga, qi gong, shamanism, numerology, chakras, aura, starseeds, earth angels, etc.

Then Jesus appeared in my dreams and saved me. I became a born-again Christian (not a lukewarm Christian anymore) in 2019. When I look back at my time in the New Age and occult, I really feel ashamed because I got deceived by Satan and moved away from God. I’m so glad and grateful that Jesus, who appeared one night in a dream and pointed me to the Bible, saved me by His grace, and I believed that He died for our sins on the cross and resurrected to save us from eternal death, which is the penalty for our sins. I believe and trust in Jesus Christ as my personal Lord and Savior. I love the Lord with all my heart, all my soul, all my mind, and all my strength. Mark 12:30

After my salvation, I started to look for Bible Schools online, where I could study. Since my financial situation hasn’t allowed me to pay for a Bible School, God led me to the Christian Leaders Insitute one day. I couldn’t believe that they offered Bible School and Ministry Classes for free and that those who had the money could pay for other students’ studies. I’m so grateful for and impressed by this generosity-driven CLI model. It allows people who don’t have the financial means to study the Word of God and become Christian leaders. Praise and thanks to the Lord for leading the founders of CLI to create this amazing generosity-driven ministry. May their ministry and life be blessed forever. I hope and pray to get the financial means to give back because “‘It is more blessed to give than to receive.’ ” Acts 20:35

I have been growing in faith, studying the Bible, growing in my relationship with the Lord, and growing in my spiritual gifts. Now, God called me to spread His Word and share the truth with others. Then, many people can also be saved as He saved me. The Holy Spirit inspired me to create a website with the name “Wisdom From Heaven.” Since I’m a creative person, He encouraged me to combine God’s Word with my creativity. For this reason, my Bible Teaching contains downloadable creative visuals and printables apart from writing. I hope to support and encourage many people in their Bible Study and Christian Faith Journey as a Bible Teacher and Christian Life Coach.

I’m so grateful Jesus saved me, and I’m walking with God again. I’m looking forward to where the Lord will lead me and how He will use me to spread His Word. Praise God that I am a servant of the Lord. Praise the Lord and be grateful for His grace and everlasting love!

He has saved us and called us to a holy life-not because of anything we have done but because of his own purpose and grace. This grace was given us in Christ Jesus before the beginning of time.